Season three of Suits premieres tonight, Tuesday, July 16 at 10pm EST on USA.  Here’s a quick refresher of what’s going on and where we are about to pick up the story…

Things got heated, then cool, then very hot between Mike and Rachel 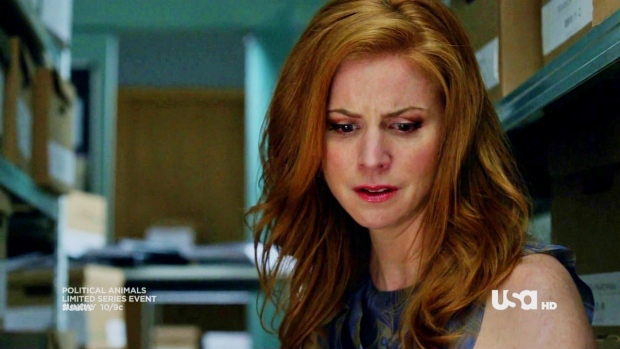 Donna made a big, big mistake… 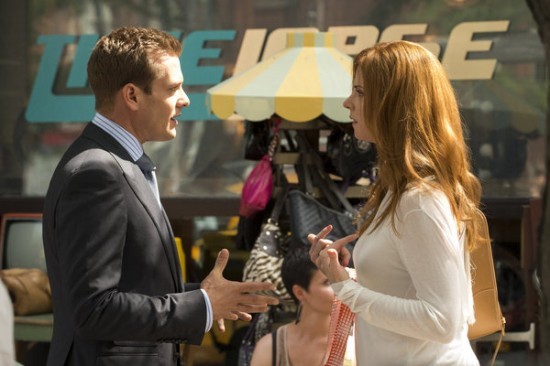 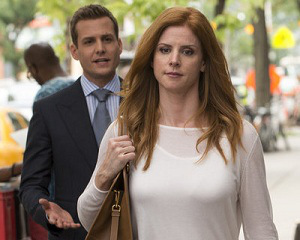 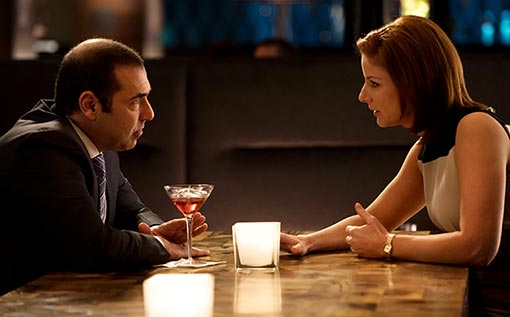 …and the Louis did 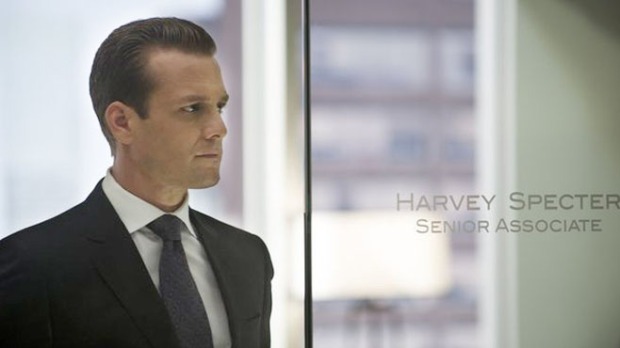 …and so does Harvey

Scottie returns wanting her firm to merge with Harvey’s

and Harvey and Jessica do not see eye to eye anymore.

Which brings us to the Season 2 finale.  It was down to Harvey vs. Jessica. Whoever wins the case will get what they want. For Jessica, the merger and Harvey will not be a partner.  For Harvey, no merger and his name is stenciled on the door. Harvey told Scottie he didn’t trust her since she wasn’t honest about the merger in the first place.  After being counseled by Donna, Scottie gave up the info Harvey needed to win to Mike.  Jessica warned Mike not to use that info or she would not only fire him, but have him arrested.  Harvey fires Mike.  Jessica rehires Mike.  Harvey loses the case and Scottie is fired for giving the info up.  Harvey knows he has lost the chance to be partner, but still tries to do right by Scottie asking that she is rehired.  But rehired where? The New York office or London?

What happens next?  Tune in tonight at 10PM EST to USA for the first episode of Season 3.

One thought on “Suits on USA: a recap of Season Two”